Our Lady and St Benedict’s Church was built by Ampleforth Abbey to serve Ampleforth Village.  The Church was dedicated on 17 May 1907.  The Church is built in a simple lancet Gothic style, of local stone under a slate roof.  As originally built it appears to have consisted of a long nave with continuous Chancel and Sacristy beyond.  There is a triple lancet window and a raised bell cote at the west end and paired lancet windows lighting the sides of the Chancel.  In 1988 the Church was substantially but seamlessly enlarged, with transepts and low squat towers added on the north and south side, in matching materials and style.  The towers each have a louvred top stage and pyramidal roof; the main entrance to the church is through a porch in the north tower.

Inside the transept additions create what is effectively a Greek cross plan.  The seating consists of free standing oak benches arranged around a forward stone altar, the latter installed as part of the 1988 reordering and extension.  However, the dominant feature of the interior is the painting over the former high altar (the original oak reredos survives and incorporates a shelf for the tabernacle with a canopy over.  The painting depicts Christ enthroned and adored by figures of Our Lady and St Joseph, St Benedict, St Dominic, and two other figures.  It was painted by Br. Philip Jarvis in the Summer of 1915, when he was a novice in the Ampleforth Abbey Community.

From the nearby village of Kilburn, a young man by the name of Robert Thompson was asked by Fr. Paul Neville in 1919 to make a crucifix of oak for the village Churchyard.  It was his first commission, and the crucifix still stands in the Churchyard: 'Mouseman'' Thompson's first commissioned work..  The Church is entered via a panelled oak door from the Mouseman studio, given in memory of Fr. Paul who was Parish Priest in Ampleforth 1914-24.

In 1932, during Fr. Ignatius Miller’s time as Parish Priest, and for its Silver Jubilee, two stained glass windows of St. Anselm and St Oswald were inserted on either side of the altar.

Fr. Aelred Graham asked the Sculptor and Refugee from Austria, Joseph Heu, to make a statue of Our Lady for the Church in 1945.   Robert Thompson provided the oak for the large statue of the Madonna holding the Christ child.  It stands in the south transept of the Church.

In 1957 a new bell by Taylor of Loughborough was blessed and named ‘Hubert’ by Abbot Byrne.  At the same time, a new sanctuary lamp and stand for the statue of the Madonna and Child were installed.

A thunderstorm in 1986 caused considerable damage to the Church when lightning struck the west end tower.  Whilst repairs were being made, and the Church reordered in line with the Constitution of Sacred Liturgy issued in 1966, Mass was celebrated in St Hilda’s Church of England Church nearby.  Our Lady and St Benedict's was reopened and dedicated by Cardinal Basil Hume on 8 December 1987. 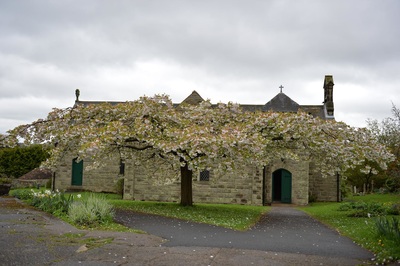 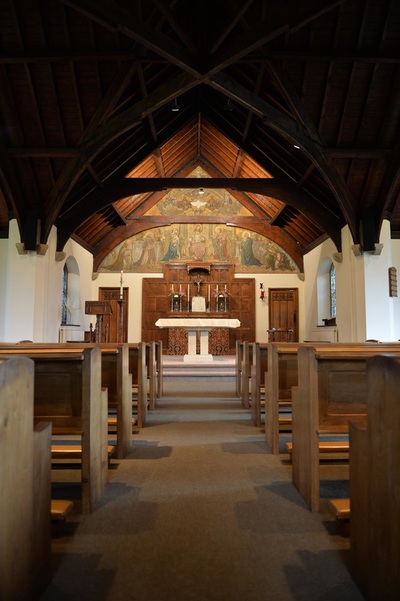 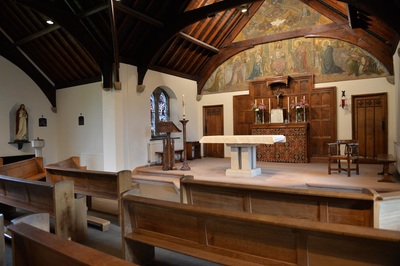 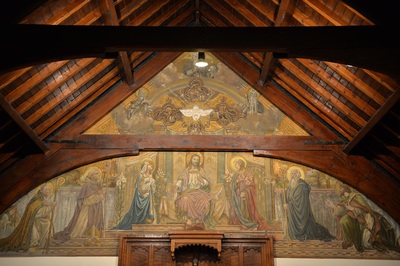 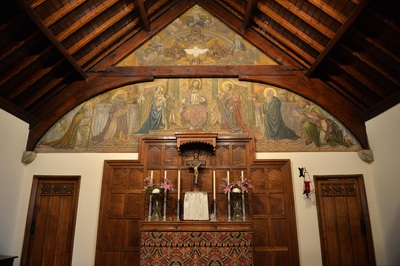 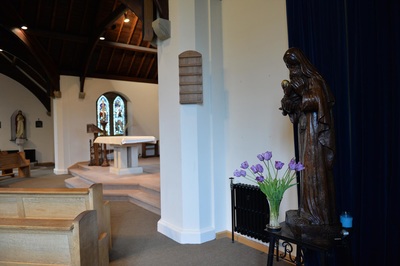 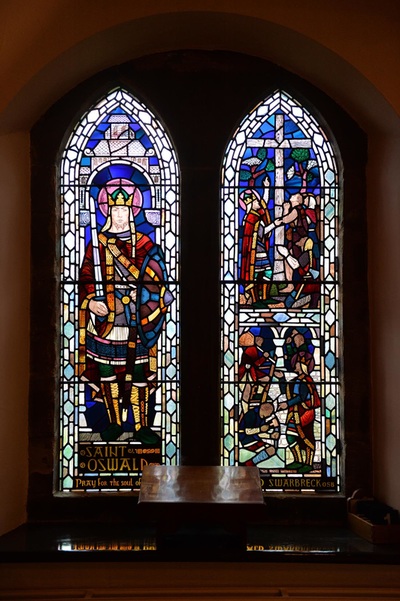 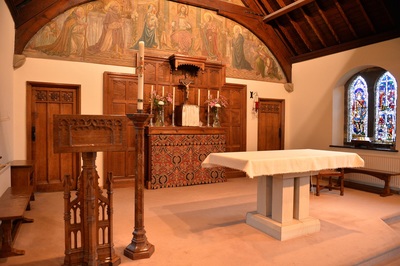 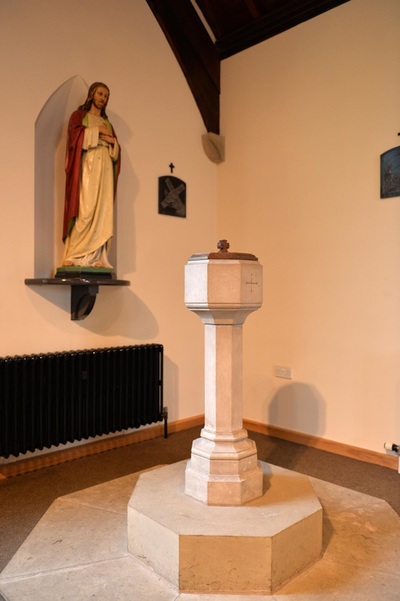 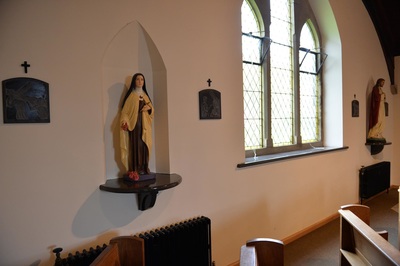 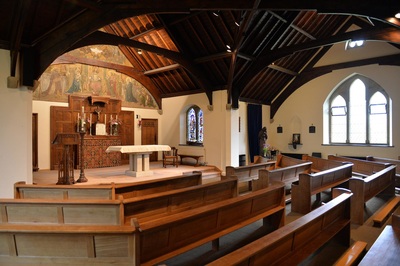 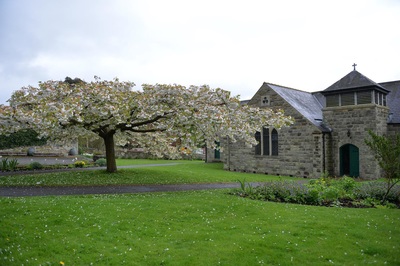 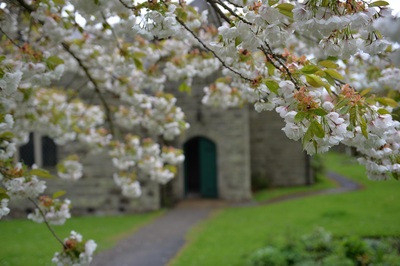 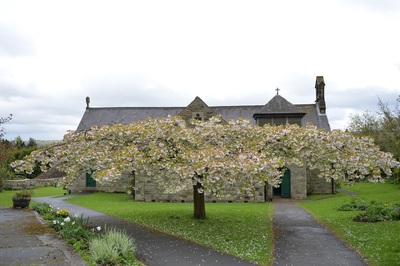